I'm inspired by many things and one of them happens to be music. For a long time I've been thinking of putting together some outfits which have been inspired by, my absolutely most favorite band, Rammstein. Rammstein has been a big part of my life for a long time. I find their songs empowering, touching and perfectly inspiring. Even though their music is brilliant, the first thing I fell in love with Rammstein was Till Lindemanns lyrics. Sometimes I just want to read the lyrics, because they are like poetry.  There can be many ways of interpret them. The perfect combination of complex composing and lyrics really speaks to me personally. So here are couple of outfits, inspired of few of my favorite songs by Rammstein. 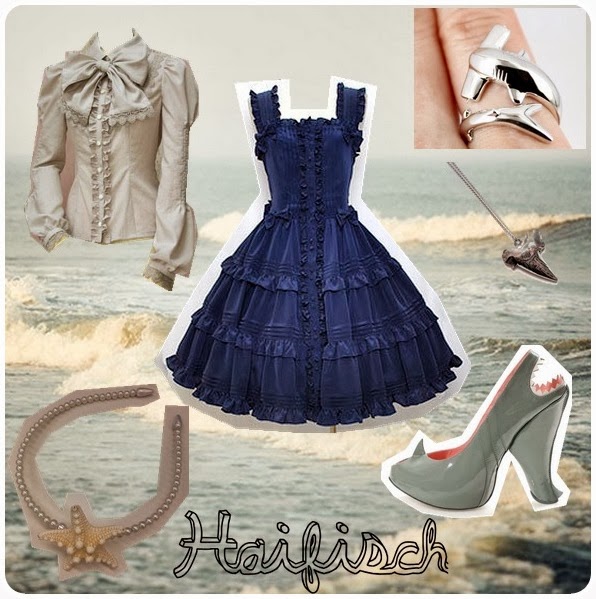 This particular song is actually about friendship (mainly about the friendship between the band members), but since sharks are part of the song, I really wanted to take the easy way out and make an outfit with a shark-theme. Sharks are awesome so what the hell. I also found those cool shark shoes, which are unfortunately reallyreallyreally expensive designer shoes by Kobi Levi.

Lyrics with translation in English and Finnish 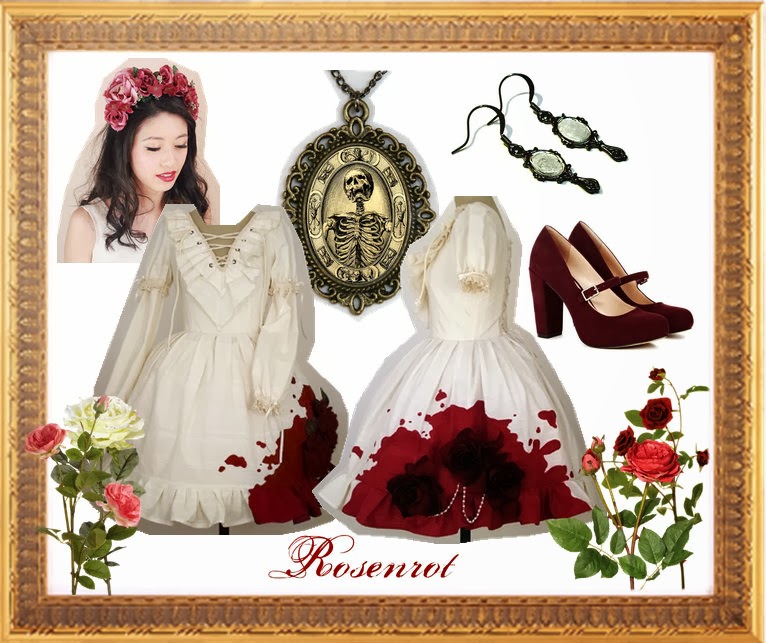 Rosenrot (Rose-red, ruusunpunainen) tells a story about a girl, who's absolutely spoiled. She tells to a boy, who's in love with her, to get her a rose from the top of a mountain. The boy climbs the mountain, trying his best to get that rose for the girl she loves, but he loses his grip and falls. The selfishness and vanity of the girl gets the boy killed. I think this can be a metaphor for a relationship, where one is willing to do everything for the other, but still you can't get the love, respect or affection from the one you love. An you'll get hurt. You'll fall. That's sad.

Lyrics with translation in English and Finnish

My last song is Mein Herz Brennt (My heart is burning). I seriously tried for hours to put together an outfit, which would give the credit for the song. I have to admit that I failed to do that. No matter how much I thought about it and tried to find fitting headpieces and dresses, nothing was good enough. Mein Herz Brennt is much too important song for me, so I could just do a half assed outfit based on it.  So I'm just going put the music video in here. It's hauntingly beautiful and creepy. I hope you'll watch it (remember to put it in HD).

So that's all folks! I hope you liked this post. Please comment and tell me your inspirational songs.
I also made a"happyhappycute"-themed lolita playlist to 8track, so check that out too! Have a great weekend everybody! 
Blogging about lolita? Join to the Lolita Blog Carnival!

Ask me anything at spring.me!